Expandi has been showing explosive growth since it went global. Now, we’re proud to say our efforts have paid off and we were ranked 54th of the top 500 fastest-growing SaaS companies list by Nathan Latka.

This is a bit of a different article than our usual blog posts. In this post, we’ll be going over what this means, how we got here, what our operations are like at Expandi, and what’s next.

Expandi is the most powerful and safe sales automation platform for outbound campaigns on LinkedIn and Email. Our software helps our customers to get results and supercharge their automated outreach game.

Since we started Expandi in 2019, we have grown faster than we could have ever imagined.

As “the new kid on the block” we became one of the most popular sales automation platforms globally and built a multi-million dollar company out of it in less than two years.

We are backed by severe A-list clients in our user base – industry leaders, best-selling authors, top sales teams, and hopefully soon, you.

We’re not your average startup either. We started from the ground up and bootstrapped our way to millions in revenue (in an already over-saturated market). We reached $4M ARR in just 14 months with zero paid marketing in the previous year and generated $6.5M in 2021.

We’re also proud to say that Expandi was ranked 54th out of the world’s 474 fastest-growing bootstrapped SaaS companies published by Latka Magazine.

Nathan Latka and his team spent over 1,342+ hours manually collecting data from founders, verifying via email and phone calls, interviewing founders, and then ranked them in a vast list of the top 474 fastest-growing SaaS companies.

Here’s what we’ll be covering below:

Now, you might wonder how his rankings work and how do you measure the fastest growing companies?

The award, defined by Nathan Latka, is based on manual and extended research, detailed data, and slow analysis of many SaaS companies.

With over a decade of experience in the SaaS industry, as the author of a WSJ bestseller book (How To Be A Capitalist Without Any Capital), and the CEO of two companies, Nathan’s opinion carries a great deal of weight.

So, how do the rankings work?

Latka says they source their data directly from the founders and that it’s not available on conventional sites like Crunchbase, Owler, Angelist, etc.

Want to find out more?

For other SaaS owners, this priceless data can be a great way to benchmark your company against your peers and competitors or simply educate yourself on how other SaaS founders are growing their companies.

Now, let’s explore that data in detail and what it means to be a top-growing SaaS company. 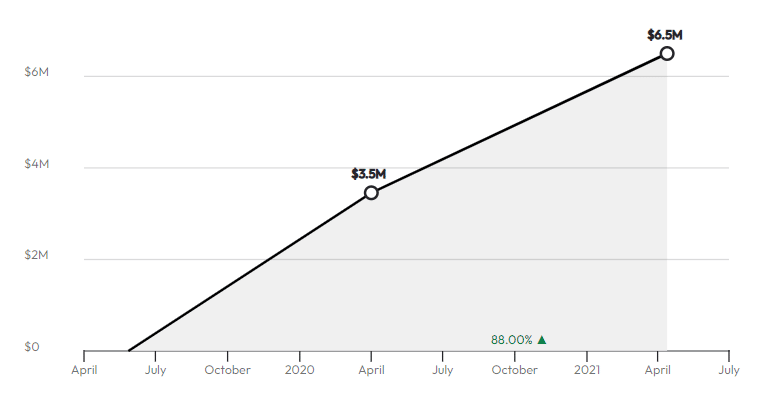 For a detailed sneak peek into Expandi’s operations, see my full interview with Nathan Latka here:

PS – We’re constantly growing and are on the lookout for new colleagues and professionals across different departments. Be sure to check out our careers page and let us know if you have any questions on this amazing team of ours!

For some context, let’s back up and go over how Expandi got to where it is now.

But we had a bit of a bumpy start…

The beginning: why the world needed Expandi

One of the most significant pain points we identified from our previous projects was reaching out to prospects in a more modern way instead of using the phone.

When I got into LinkedIn in 2016, it was like love at first sight, and I ended up founding a small sales agency.

One big problem: I was doing everything manually. Filtering audiences, writing connection requests, follow-ups, and so on.

A few LinkedIn SaaS companies were browser extensions (not safe) and had some massive flaws (e.g., your computer had to be running for it to work, no web analytics, etc.).

PS – If you’re also an agency owner, check out our guide to using LinkedIn automation for agency owners. In it, I go over some of the most common problems I had at the time (which are still relevant now) and the solutions to overcome them.

At that point, I was stuck and expressed my frustration to my co-founder Glenn.

Though he did not know about LinkedIn himself, he just said: “Let’s just build the thing ourselves“.

And so we did with a SaaS model.

For the full story of building our original team, changing our business model, canceling our old office location, and working from our friend’s house, see how we bootstrapped from $0 to $4M ARR in just 14 months. 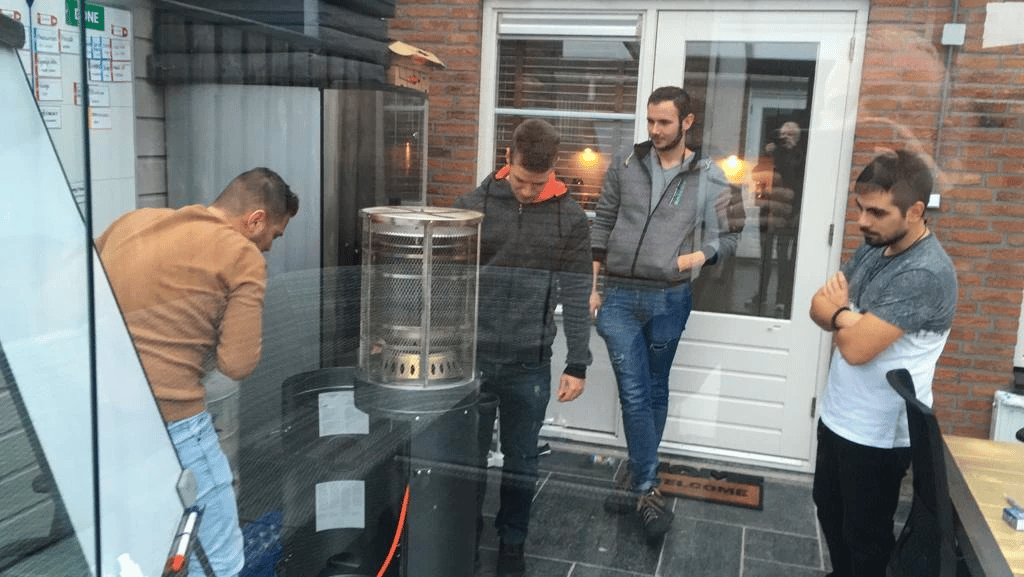 The journey to the first 1,000 customers

Before going global, we were testing Expandi in the Netherlands for the product market fit.

But as we found out, people here weren’t as accustomed to using LinkedIn as a sales channel. So, we spent a lot of time and money educating our potential market.

First, we had to educate them on using LinkedIn as an outbound channel. Then, we had to sell them using Expandi.

That’s when we realized the challenge and that our first 300 paying users might not have been our ideal customers after all.

So, to generate money from our customer base, we gave out an annual payment offer, which included LinkedIn messaging templates, strategies, and more.

While this solved our initial challenges and we managed to generate some revenue, we then had to test our idea globally, with a better audience.

After getting feedback from our first 300 customers, we refined our ideal customers and decided to start targeting marketers, agency owners, salespeople, and growth hackers.

That is to say, people who were using LinkedIn for lead generation.

So, here’s what we did to prepare for our big event:

See the full story of our first 1,000 and how we overcame our most significant challenges here.

What’s Next For Expandi

So, what’s next for Expandi?

Since then, we’ve unveiled a lot of new projects. Such as our LinkedIn automation white label, which you can use if you manage more than 20 LinkedIn accounts for your clients.

Additionally, we’re constantly adding new features and automation hacks to Expandi in our roadmap. And we have no plans to stop being one of the top growing SaaS companies.

And finally, if you’d like to start generating leads on autopilot to grow your business, sign up for Expandi! 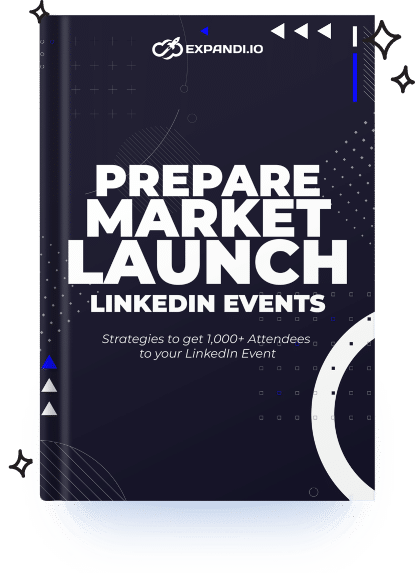 Previous Post
Top 10 LinkedIn Automation Tools for Lead Generation in 2022
Next Post
Email Outreach Tracking: 7 Things to Consider to Get the Most Out of Your Outreach 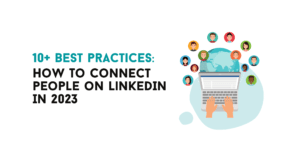 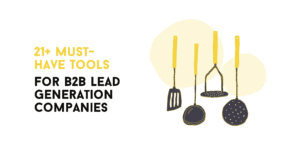